or how to turn a doll into an interactive drawing tool

Participating at the annual CruftFest initiated by the Interactive Digital Multimedia Techniques module as part of the Media & Arts Technology Programme at Queen Mary University of London, the task was to find a vintage object to transform it into an interactive piece of art.

The interpretation of “cruft” is going from a vintage object on to unused, own drawings from recent years, focusing on portraits. The objective for this has been to create 2-dimensional sketches from 3-dimensional interaction …without using a pen.

It is the sense of touch, through which this is accomplished.

A specific part of a face is displayed on a digital piece of paper by touching a representative component – in this case, a head.

So a drawing is not composed from scratch, but is put together by elements of my sketches. Hereby, a kind of open source of the selected drawings has been generated. And yet, the aim was to make every face different from the other. This gives the yet unfamiliar face of the adopted doll a personal, intimate aspect. At the same time, the sketches gain an additional level of perception, being merged into each other to create new characteristic faces.

And whereas the drawings come from several sketchbooks, the doll comes from a small stall at Deptford Market.

From a range of drawings, 12 sketches of portraits were picked to form the base of one part of this project. Each face is divided into 4 independent components that are separated from each other: eyes & nose, mouth, hair and the shape of the face (including cheeks, ears, neck,  and sometimes shoulders). 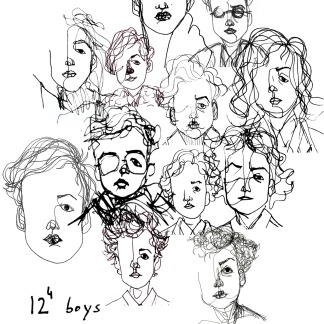 The other part is the cruft itself, through which the drawings can later be accessed or activated.

The fact that all drawings intend to draft young men, the visual appearance of the doll had to be adjusted to fit into these aesthetics. (Without going into the discourse of male stereotypes, I had to cut the doll’s hair so that it represented a mean length of the chosen portraits. The initially worn dress was taken off as well, and so was the pearl necklace and, accidentally, the eye lashes.) 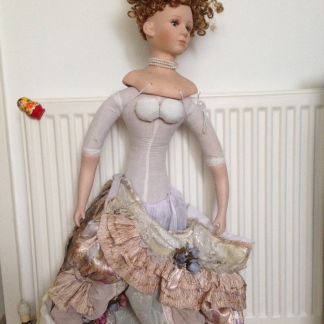 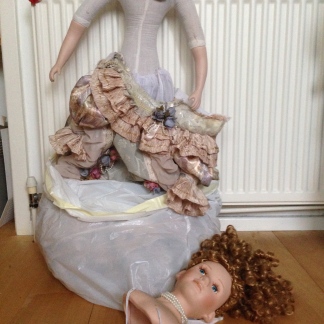 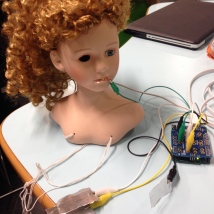 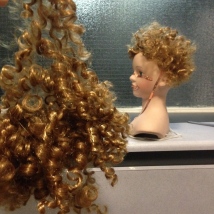 The 4 components forming the face are marked on the doll’s head with copper tape, that is linked up to the capacitive touch board. The board therefore forms the key component of the project, enabling to draw on a “white sheet of paper” by touching the doll’s face. So depending on where and how the head is touched, a portrait representing the measurements of the touch is being drawn. 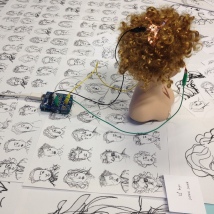 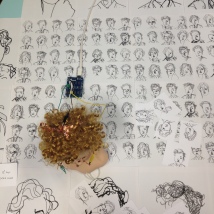 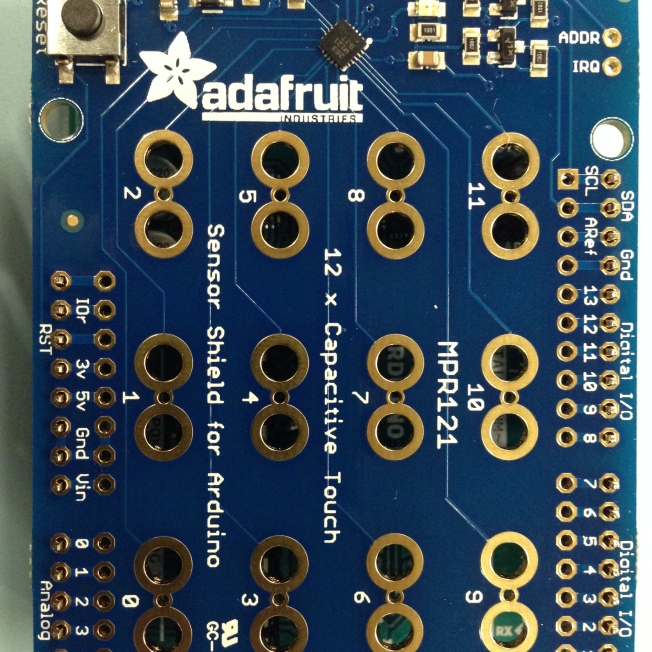 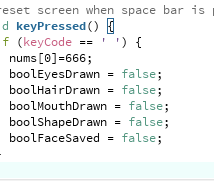